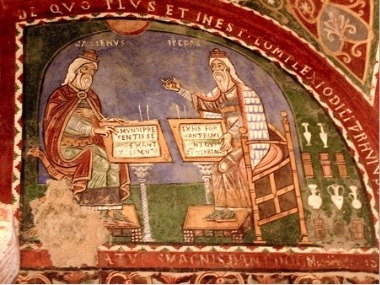 The illustration is of two great physicians of the ancient world, Galen and Hippocrates. They both made early attempts at understanding the human body and what keeps the body in good health. This being National Mental Health month I have placed below a photograph of the “Father of Psychoanalysis” though some might contend that psychoanalysis is much older than Sigmund Freud. There was a review in the Guardian, “A Reader on Reading by Alberto Manguel,” of a new book, a collection of essays, by Alberto Manguel. The review quotes a passage from the book that summarizes Manguel’s thoughts on reading and why it is so important, “For a reader, this may be the essential, perhaps the only justification for literature: that the madness of the world will not take us over completely though it invades our cellars . . . and then softly takes over the dining room, the living room, the whole house.” In a nutshell reading keeps us sane and has been keeping us sane for many millennia, even if our only sane moments are those spent reading. It might also be said, in the spirit of Galen and Hippocrates, that in quieting the mind, the time spent reading also quiets the body and brings to the body a degree of healing and comfort; that reading is a kind of “Sabbath” for the mind, the soul, and the body. 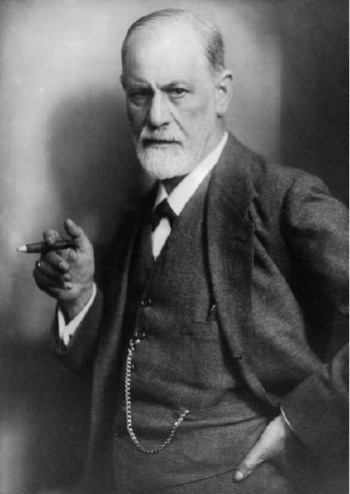 The lyric to Fats Waller’s song “Ain’t Misbehavin’” begins, “No one to talk with / All by myself / No one to walk with / But I’m happy on the shelf / Ain’t Misbehavin’ / I’m savin’ my love for you.” The song evokes the loneliness of waiting for someone that is important to us while being true to that person. This is also a way in which reading can keep us sane; it can provide the company that we need. Of course when one is in love there is little that can adequately fill this time of waiting, probably not books, films, or music, though each does provide a kind of solace and sometimes each can remind us that we are not the first to experience this kind of anguish. Books and such can provide the company that misery often enjoys.

On the other side of the coin, though, it seems sometimes that we talk about reading like it were something mysterious and magical, that it is something separate and apart from the real world. To a certain degree it is a world unto itself that is incomprehensible to those that have not experienced its transformational power. Many read newspapers, magazines, and the like mainly for information or to keep up with things, much of this information is gotten from online venues that do not easily lend themselves to reading deeply. But these kinds of reading, whether read on paper or on a computer screen, are often done quickly, the material is skimmed through for the important facts and set aside, the reader of these rarely enters an alternative universe, is rarely “captured” by what has been read. In fact readers of this sort are often looking for ways to keep their footing in this world, to stay up to date, they are not interested in being introduced to new worlds, let alone spending any time living in them. Sometimes this would suggest that those that read deeply in fiction, poetry, essays, and such are looking to escape, are trying to avoid facing the world as it is by seeking refuge in a non-existent world crafted from some writer’s imagination; that it is just one more form of escapism.

The clip is of a famous soccer match. There was an article in the Guardian last week, “Who’s the thinker in the white?”, about a celebration commemorating this important match, a rematch of sorts with other philosophers taking part. I think there is something apropos in this match if one remembers that Plato argued for the training of both the mind and the body. It may seem that sports and the more sedentary work of reading and scholarship would be somewhat at odds with one another, but it is difficult for the mind to work well if the whole body is not well, and in that sense exercise and athletics are important. To study well it is important to know how to play well. I enjoy this Monty Python sketch because it is only after 89 minutes of play, or wandering, that one of the philosophers finally realizes what the point of the game is, to score goals. The field is full of German and Classical Greek philosophers trying to figure out what it is they are supposed to do, while Confucius, Augustine, and Aquinas officiate the match with some amusement. Sometimes I think when philosophy looses its narrative, its story, it forgets its purpose, like those philosophers playing soccer they know how to think and reflect on life, but have forgotten how to live it. 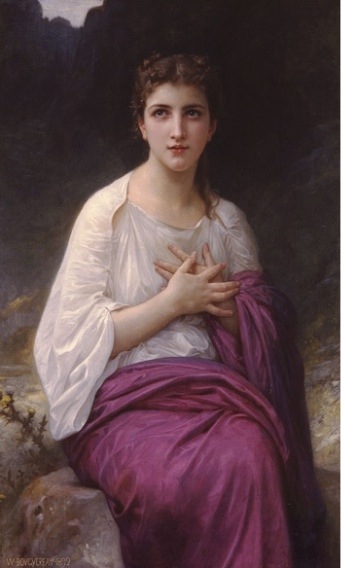 One of the more famous love stories is that of “Cupid and Psyche.” It is not just a story from Classical mythology but one that has been incorporated into the folklore of different cultures. The painting above is of Psyche while the one below comes from a Norwegian retelling of the story called “East of the Sun, West of the Moon.” Psyche in the classical world represented the soul, the self, and the mind, that which defines us as individuals. Cupid, on the other hand, represents love, specifically physical love, that aspect of human experience that requires us to sacrifice a bit of ourselves in order to the meet needs of another, at least when practiced within a relationship. The Norwegian story focuses on the more mysterious qualities of the Cupid and Psyche story, the identity of the unknown lover. This suggests that what lies behind any successful marriage, perhaps any kind of successful relationship, is the realization that the other, no matter how well we know them, will always be a bit of a mystery, we will never know and understand everything about this other person, as the other will never fully know and understand us. The problem for the characters in these stories is to learn to live with and accept this unknown quality of the other. 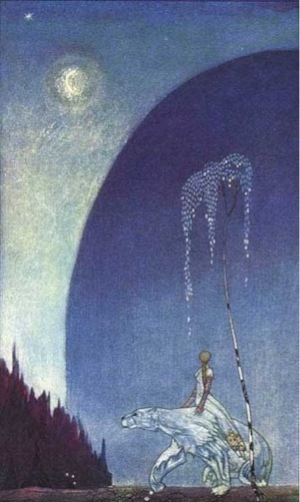 The allegorical quality of Psyche that I find most interesting, though, is her connection to the mind. From this perspective the relationship between Cupid and Psyche suggests the relationship between the intellect and the emotions. Being fully human means giving both our mind and our emotions equal opportunities to grow and develop and be fully realized. Suppression of either is not healthy. Reading often provides an opportunity to exercise both the intellect and the emotions. Stories, poems, and essays make me think and feel and encourage me to recognize when each (thinking or feeling) is the more appropriate response or, as is often the case, when a bit of both is required. But again this is probably a subjective response based on my experience and practice.

I first saw the painting below when it was used as the cover illustration for my edition of Benet’s Reader’s Encyclopedia. It evokes the world of the bibliophile. Books like Benet’s encyclopedia give thumb nail sketches of many different works; provide a brief introduction to writers and their books. They are travelogues of a sort, where the books themselves are the journeys. But they come with a caution, or ought to. The painting suggests that the reader, like the philosophers in the soccer match, needs to engage the world beyond the library. The worlds of the imagination can be seductive and may be reluctant to let us go once they have ensnared us. The value of reading, like any human enterprise, is measured by its contribution to a life well lived. A book can become like a map and a mirror, that both shows us a bit of who we are while helping us to discover where we are going. But it can also become a shell in which we can hide, a place to go to escape unpleasant realities, and though this may be a useful thing to do from time to time, one must be cautious. A book, like any tool, is only as effective as the one wielding it. It is not the tool that is important, but the work it is given to do. 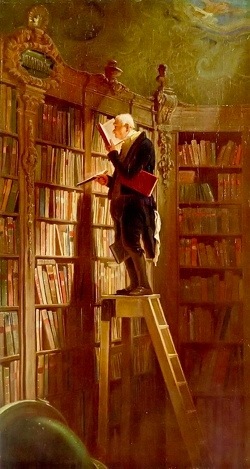