Mindful of the Cost 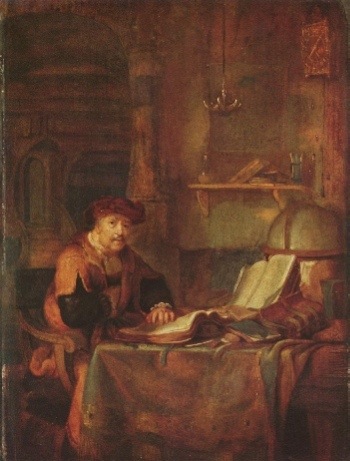 The music of Bach has always seemed very contemplative to me, often there is to it a kind of joyousness as well that captures both the introspective nature of scholarship and the pleasure that scholarly pursuits can give. Perhaps I am just superimposing onto Bach my own feelings and interests, who’s to say. Aristotle believed that the desire to learn and develop intellectually is built into every human being and is part of what makes us all human. I think there is truth to this. The painting also captures the contentment the scholarly gentleman it features experiences as well. He looks very at home with his books and his thoughts.

There was an article in this weekend’s Boston Globe, “FreeHarvardEducation.com,” about a web site that makes student notes (and the many of the professors’ lecture notes) available free online where anyone who wishes can read and learn from them. The specific students and professors being discussed in the article are from Harvard University but the underlying issue addressed by the article is “who owns academic work” and the knowledge that is created by study and scholarship.

This is in part why students are required to document the sources of the information that appears in their essays. They are acknowledging that the ideas and information that appears in their papers do not originate with them. But is all that is cited equally original with the source that is being cited in the paper? Is an encyclopedia article that gives information on the French Revolution as entitled to the ownership of the information presented as Darwin is of the Theory of Evolution or Einstein is of the Theory of Relativity? If the student does not quote the article word for word is that student really stealing from the encyclopedia or are they only stating facts that belong to all that have an interest in history.

There is another issue here of course and that relates to preserving the sources of one’s research so that those that come after can duplicate that research. R. C. Bald in his biography of John Donne points out that an earlier biographer, Edmund Gosse, wrote an excellent biography of Donne. But Bald points out that Gosse published at a time when citing sources and printing bibliographies was not as big a concern as it is today. Gosse did the research and prepared the bibliography of that research, but his publisher did not see the importance of printing the bibliography. As a result most of Gosse’s research had to be done over. I think this is an important concern, but the issue is not so much one of who owns the information so much as leaving a trail that those that come after can follow. Even though it is unlikely that the research done by students in a high school English class will be studied by future scholars, the principle is worth learning and the habits of good scholarship are worth developing. 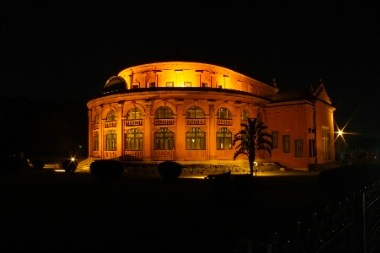 There was an article recently in the New York Times, “Despite Ray Bradbury’s Efforts, a California Library Closes,” about how a library that Ray Bradbury had tried to help save last summer was forced to close due to budget cuts and the inability to raise the necessary funding from alternative sources. In the article Bradbury is quoted as saying, “Libraries raised me. I don’t believe in colleges and universities. I believe in libraries, because most students don’t have any money. When I graduated from high school, it was during the Depression and we had no money. I couldn’t go to college, so I went to the library three days a week for 10 years.” Most of what is worth knowing can be learned at a library. Obviously the bigger the library the more one can learn, but most well stocked and well maintained libraries make a great deal of valuable information available to anyone who wants to learn it. As more books become digitized it is becoming easier to access a good library even if one lives many miles away from the library itself. 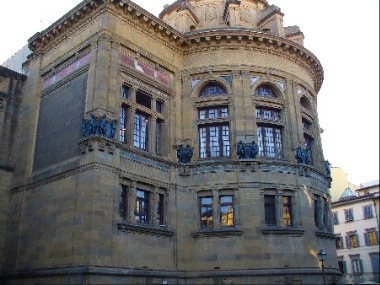 Of course this raises other issues about the ownership of ideas and intellectual property. But as Harry Lewis says in the Harvard article mentioned earlier, “Harvard and MIT and Stanford and Princeton, we’re not Decca records. Our job in life is to provide enlightenment to the world,” says Lewis, an outspoken critic of the way content providers have used copyright law online. “We have to make a living doing it and all the professors have to be paid for their labors, but the notion that universities would inherit the oppressive picture of the way intellectual property is treated by the music industry is really a fundamentally warped view of what the ultimate purpose of universities are.” Lewis believes that professors need to be paid and that universities cannot keep their doors open if they cannot charge for what is taught in their classrooms, but the fundamental mission of a school is radically different from that of a business and that mission should guide the decisions, including the financial decisions, that a school makes. If online libraries and study groups can give more people access to knowledge and scholarship ways ought to be found to accommodate that enterprise. 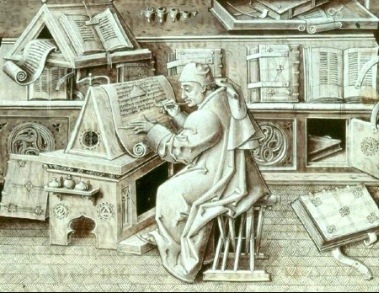 Portrait of Jean Miélot, secretary, copyist and translator to Duke Philip the Good of Burgundy
http://en.wikipedia.org/wiki/File:Escribano.jpg

The medieval monk in his scriptorium worked daily at preserving the accumulated knowledge he had inherited. Most of what was preserved was religious in nature, but not all of it. Classical works of poetry and philosophy were preserved as well. The Beowulf manuscript was probably preserved by a monk. Snorri Sturluson, a Scandinavian monk, preserved a hefty chunk of Skaldic poetry and Norse storytelling. Those who have read Umberto Eco’s The Name of the Rose can appreciate the irony of a manuscript that was lost when the library that provides the setting for his story burns down. This manuscript also lies at the heart of the mystery the story’s protagonist investigates. The novel at the very least suggests who is the owner of the knowledge, of the scholarship, that is housed in the monastery’s library? Is it the property of the monastery and its leadership and are they free to do with it what they will?

The film clip comes from the television program Paper Chase. The program, like the film, focuses on a law professor, Professor Kingsfield, who teaches contract law at Harvard (or at least a very Harvard-like institution). He is an exacting legal scholar who expects his students to be equally as exacting, and equally as brilliant. In the film there is a moment when Hart comes to class unprepared and cannot answer a question that is put to him by Kingsfield. Kingsfield attack Hart and Hart, eventually attacks back. Kingsfield praises Hart, after a fashion, for fighting back, suggesting that what is important to Kingsfield is not being always right or preserving his ego but in teaching his students to defend their point of view and to make that defense intelligently based on the law as it is written. As for many teachers worthy of the name, what is important is honing the students’ skills by whatever means necessary.

So, who owns scholarship; who owns learning? Why do we go to school, why do we send our children to school? Is the purpose of school merely to teach the next generation a trade by which they can earn their bread, or is there a greater purpose? Some derive great pleasure from being able to reason out a difficult problem. Isaac Newton used to calculate logarithms in his head for fun (anyone who has ever had any experience with logarithms can appreciate the mental effort involved in this exercise). Many go to college to make contacts with others that may be important for the advancement of their careers, some want a degree from a prestigious university because of the doors the degree will open when they enter to job market. There is nothing wrong with this way of thinking about education, it is probably what motivates the majority of students, but for the university itself and for the student who wants more from an education than just the degree that comes with it this is not (or ought not to be) what is important. It is not just the preservation of a culture, but a frame of mind that sees the development of a mind as an important and beautiful thing. The bank note pictured below is of a Turkish twenty million lira note, the world’s largest currency denomination. I think it is fitting that the image that graces this bank note is of a library, the ancient library at Celsus. Of course it should not be overlooked that the library on the bank note is a ruin, which should remind us that libraries cannot survive if those that value them fail to preserve them.