The Genius Next Door 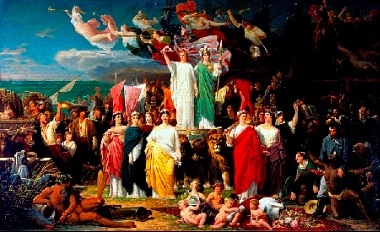 There was a review in the New York Times, “How to Be Brilliant,” of a book on genius and how to become one, The Genius in All of Us. The premise of the book is that everyone has the potential to be a genius of one kind or another, mathematical, musical, and so on, it just requires a bit of hard work and tenacity. According to the book becoming the best at anything is a matter of dedication, self-confidence, and a willingness to fail often in pursuit of a single thing. The research suggests that anyone who achieved greatness at anything did so by working relentlessly at developing the necessary skills. This probably comes as no huge surprise but the question that seems to go unanswered is how many worked relentlessly and did not achieve. We know who Mozart and Einstein are because they achieved the thing that they pursued, but are there others who were as relentless in their pursuit that we never heard of because they never arrived at their goal.

Of course it is probably a good thing to pursue our interests wholeheartedly and to work as best we can at developing our abilities and interests, but is that in itself enough. Is there something extra that some have that others do not that is as important to success as hard work. I suppose if our aspirations are in proportion to our abilities than the hard work by itself should be enough, but is this how dreams and aspirations operate? In an American Idol culture many are infected with a dream but the American Idol culture suggests that at best one or two will actually succeed. The American culture is built on competition and where it is true that competition can bring out a person’s best, it is also true that competition usually allows for only one winner. There was a sign at the Olympic games held in Atlanta, for example, that said, “Second is the first loser.”

The song, Teach Your Children suggests that much comes down to being true to ourselves and teaching our children to be true to themselves. Having a code to live by is important, so is knowing ourselves and our abilities. It is also important to remember that not all genius is appreciated in its lifetime. Jonathan Swift said that “When a true genius appears in the world, you may know him by this sign, that the dunces are all in confederacy against him.” Swift is suggesting not only that most are not geniuses but also that most are resentful of the true genius when she or he appears. According to Peter Schaeffer’s play Amadeus Mozart was poisoned by another composer who was envious of Mozart’s ability. Though the history of this is a bit dubious, it does underscore that for the genius even if fame is not elusive there will always be rivals to contend with.

The play Copenhagen is about a meeting between two physicists that were geniuses of their day, Niels Bohr and Werner Heisenberg. The meeting took place early in World War II and is of interest because Heisenberg was a German physicist working for the Nazis and Bohr was a Danish physicist of Jewish decent (his mother was Jewish). The two men were friends before the war but their relationship was to say the least a bit strained by the war and the ideology of the German government that fought it. I think this raises another important point about genius and that is it does not protect one from embracing idiotic ideas. Heisenberg may not have believed the Nazi ideology but he still worked for it. Germany at the time of the Nazis was one of the most intelligent countries in the world if intelligence is measured by the number of highly educated men and women, men and women of genius perhaps. Wisdom and genius are often not the same thing and perhaps if the former were revered more than the latter the world would be a better more benevolent place. 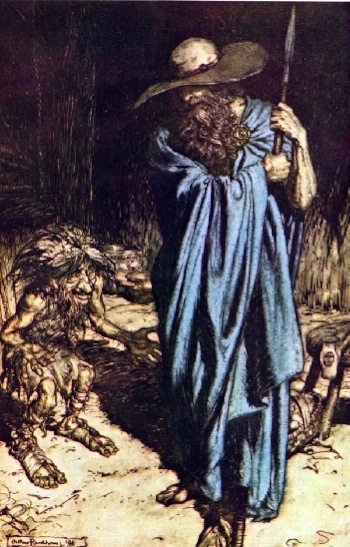 Another name for a genius is a “wiz,” an abbreviated form of wizard, someone for whom everything seems to come easily, someone who can work magic with ideas, a musical instrument, or a ball of one kind or another. I like the wizards in stories. The good ones not only can do marvelous things, but they are often wise to boot. According to the Oxford English Dictionary the word wizard etymologically means “wise one” (actually the word is formed from “wise” + “ard”) and it was once a word for a philosopher or sage, though even in its archaic sense it had a derogatory connotation, as it often does to this day. Still, it suggests that the true genius is not only intelligent, but also wise. If we keep Arthur C. Clarke’s third law in mind, “Any sufficiently advanced technology is indistinguishable from magic,” than the scientists that create the cutting edge technologies we use or are waiting for are themselves wizards in the mold of Merlin or Gandalf.

For most the science that runs our technology and many of our tools is like magic, we understand that they work and know how to make the machines do what we want them to do, but few of us understand how they work, how they do what they do. Science is for many a kind of magic that we believe in because the scientists that work the magic tell us there is nothing mysterious in it, that it all works according to certain rules. But then, those in the wizarding schools of J. K. Rowling or Ursula Le Guin are learning the rules by which the magic of those books work. There is, they would have us believe, a kind of “science” to the art of witchcraft and wizardry.

Map of “Mercury” as described in The Worm Ouroboros by E.R. Eddison
David Bedell
http://en.wikipedia.org/wiki/File:Ouroboros_map.jpg

The painting that started this off and the map above suggest the true meaning of genius and that is the spirit of a place or a person, or even a thing, one might say the spirit of a noun. The painting captures the spirit of America, some of what makes it a unique place and the painting is full of truly American images, like frontiersmen and frontiers that in the painting are a bit mysterious. But in this sense we are all geniuses in that we all have a spirit that in some way defines us. That spirit might also be summed up as our character, the spirit by which others know us. It is this kind of genius we all need to cultivate and to infuse with maturity and a bit of wisdom. Is our genius one of fidelity and courage, or of duplicity or timidity?

In most of the stories in which the great wizards appear, there is this concern for being true to something worthwhile and noble. Merlin wanted to make Britain a more just society, Gandalf wants to preserve what is best in Middle Earth, and Dumbledore wants to see magic used to promote wise and virtuous ends. The story of Ged, or Sparrowhawk, the wizard of The Wizard of Earthsea, is about finding redemption and the wisdom to use his skill with magic to better his world and himself. 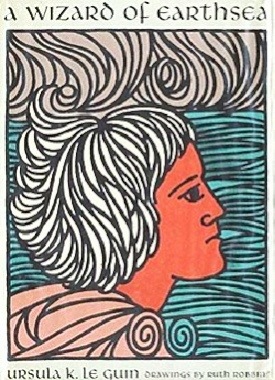 Book cover art for the book A Wizard of Earthsea
Ruth Robbins
http://en.wikipedia.org/wiki/File:AWizardOfEarthsea(1stEd).jpg

Perhaps this is the true magic we all need to work, to transform ourselves from selfish people motivated by self-interest into more generous people who work at improving the worlds in which we live and wander. There is nothing wrong with aspiring to greatness of one kind or another. Many, though by no means all, that have been given the label of genius have not been good people. Their genius in that other sense was largely underdeveloped, or at least the more virtuous aspects of it were. Personally, I think that most of us are at some level a bit insecure and that some mask that insecurity with physical strength or some other kind of personal superiority. But even if this is not true, we are somehow diminished as people if we are incapable of living for anyone other than ourselves and in this regard it would benefit us all to develop the better angels of our genius.