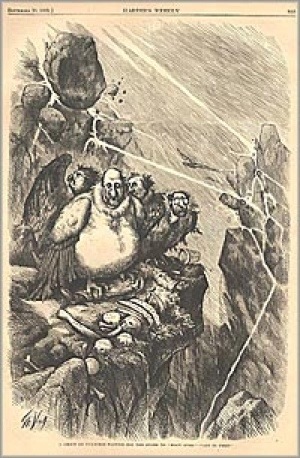 There was a review in The Guardian, “Garry Trudeau: ‘Doonesbury quickly became a cause of trouble’”, of a retrospective collection of Gary Trudeau’s Doonesbury comic strip. In the book Trudeau comments on satire and its essential unfairness. He said, “Satire is unfair. It’s rude and uncivil. It lacks balance and proportion, and it obeys none of the normal rules of engagement. Satire picks a one-sided fight, and the more its intended target reacts, the more its practitioner gains the advantage. And as if that weren’t enough, this savage, unregulated sport is protected by the United States constitution. Cool, huh?” This captures satire in all its guises. It may not always be clear when something is intended as a satiric comment or just a general observation (is Glen Beck, for example, a satirist or a political analyst, and can the two coexist in one and the same person at one and the same time) but it is generally clear that someone is being ridiculed and belittled.

But whether it is the right at the mercy of Trudeau or the left at the mercy of Beck (I am not sure if Beck is a satirist or not I only know I respond to Beck much the same way the targets of Doonesbury respond to Trudeau) the targets of each feel they have been misrepresented or even “lied about.” But as Trudeau points out it is all protected by the Constitution and it is all very “cool.” As the Nast cartoon above suggests ridicule is a far more effective weapon for engaging the enemy than rational debate. The most ludicrous of positions can be made to sound reasonable, but even the most reasonable of positions struggles with its credibility when it is made to look ridiculous. Tweed and his cronies survived most assaults upon their power, they did not survive Nast and if we remember Tweed at all it is probably the Tweed of the Nast cartoons we remember and though people were being “nasty” long before Nast, he gave the word an additional twist.

Randy Newman’s song underscores this astringent quality of satire. The world is not treating us we deserve to be treated so we’ll show them, we’ll blow them off the face of the planet. Even if our analysis of our treatment is correct, the satiric response is hardly a measured one. As with most humor it has at its heart adults behaving childishly. Kim Stanley Robinson’s novel Red Mars begins with a conflict between two colonial factions on Mars, one that wants to create a homogeneous planet by only allowing people of a certain nationalistic view to settle there and the other that wants to create a diverse society with all the conflicts that diversity brings with it. Can satire exist in a world with a single point of view? Can a single point of view be long maintained or do humans by their very natures split into factions and groups incapable of remaining “homogenized”? When we get around to choosing up sides and staking out our satiric positions we are not likely to remain judicious in our portrayals of those with whom we disagree. 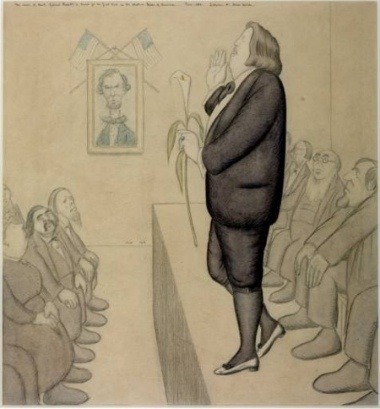 The Name of Dante Gabriel Rossetti is Heard for the First Time in the Western States of America
Max Beerbohm
http://en.wikipedia.org/wiki/File:Max-oscar-1916.jpg

But is it the goal of satire to offend its targets while it amuses those that share its values? The caricatures above and below by Max Beerbohm and Andre Gill suggest that their intent was to give some offense, whether to gain a laugh at the subjects expense or to make a point it is up to the viewer to decide. In Beerbohm’s drawing is it Oscar Wilde or his western audience that is being satirized or is it perhaps both? The Gill cartoon suggests that Darwin and Littré are confronting the ignorance of the time, but they have also been dehumanized in the process. Is there a separate message in that? There are times perhaps when it is the satirist’s intention to offend everyone. 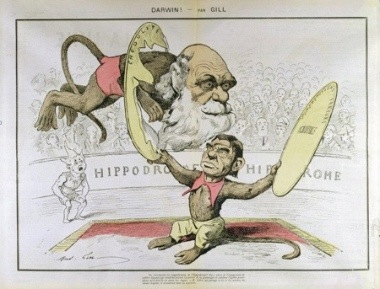 There was an article recently in The London Times, “Misreading Gulliver’s Travels,” about Jonathan Swift’s book Gulliver’s Travels and it suggests that those that read this book as a misanthropic attack on the whole human race miss the point. The article quotes from a letter Swift wrote to Alexander Pope where he says, “But principally I hate and detest that animal called man, although I heartily love John, Peter, Thomas, and so forth. This is the system upon which I have governed myself many years, but do not tell.” This suggests that it is not people that Swift despises but what people do when they get together and form a group. Individuals are lovable, groups less so. Those that read of Gulliver and his travels without keeping this thought in mind are bound to misread the book, though, it could be argued that those that misread in this way have not really been paying attention.

Ben Jonson wrote of his plays that they had two audiences, the “understanders,” who got the jokes, but were also illuminated by them and the “pretenders,” who laughed but learned nothing, who essentially missed the point. In his introduction to the play The Alchemist he wrote:

“If thou beest more, thou art an understander, and then I trust thee. If thou art one that takest up, and but a pretender, beware of what hands thou receivest thy commodity; for thou wert never more fair in the way to be cozened, than in this age, in poetry, especially in plays: wherein, now the concupiscence of dances and of antics so reigneth, as to run away from nature, and be afraid of her, is the only point of art that tickles the spectators. But how out of purpose, and place, do I name art? When the professors are grown so obstinate contemners of it, and presumers on their own naturals, as they are deriders of all diligence that way, and, by simple mocking at the terms, when they understand not the things, think to get off wittily with their ignorance.” (The Alchemist, Ben Jonson)

Jonson is attacking the critics of his day that would praise a play, or a poem, for the “business,” the humor and action but miss the artistry and the message. The understanders are changed by what they see on stage or read from the printed page, the pretenders are merely entertained. Jonson goes on to say, “I speak not this, out of a hope to do good to any man against his will,” suggesting that we all must play a role in our own reformation and even if Jonson wished to make his audience into better people, they cannot hitchhike on his good intentions. Jonathan Swift echoes Jonson’s view when he says, “Satire is a sort of glass, wherein the beholders do generally discover everybody’s face but their own; which is the chief reason for that kind of reception it meets in the world and that so very few are offended with it.” (Jonathan Swift, The Battle of the Books) Few are offended because they believe that others and not themselves are on the receiving end of the humor. Swift suggests, I think, that the best satire puts everyone, even the satirist, under the microscope and that we all have something to learn from it.

The film clip is about the influence of satire and cartooning on society. The understander will see a bit or her or himself in many of the cartoons Patrick Chappatte presents but there is also a troubling side to the cartoonist, in general, and the way in which some societies and some cultures respond to the cartoon. The power of the editorial cartoon is, as pointed out above by Gary Trudeau, that it is not always fair and that ridicule reduces anyone, no matter how innocent of the accusation being made, to something small and laughable. Few respond well to such a one sided attack and as in the case of the Danish cartoons ridiculing Islam, not all responses to the satire are docile or good natured.

Jonathan Swift attacked an attempt of the English government to flood Ireland with a currency that was not worth the metal it was stamped from. He made his attack from behind the mask of an anonymous Dublin draper who wrote a series of letters to the newspapers revealing the currency for what it was. The English government offered a substantial reward to anyone who would provide evidence that would lead to the draper’s arrest. The government believed Swift wrote the letters but they could not prove the charge. Unfortunately, for the British, no one was willing to collect the reward and identify Swift as the perpetrator of the letters.

Daniel Defoe also published a bit of satire attacking the religious attitudes of powerful people. He was convicted of libel and pilloried for his crime. At the time being put in the pillory where the convict’s head and hands were secured making movement impossible, could be a very harsh sentence. Passersby could throw most anything at the pilloried individual and it was not unusual to leave the pillory much the worse for wear. In Defoe’s case, though, the crowds sided with him and instead of sticks and stones they threw flowers and came to drink his health. Even when the satirist is legitimately in the wrong, which is questionable in Defoe’s case, it is unwise to respond too harshly, because public sympathy is often disinclined to side with the powerful and it often enjoys a bit of fun at their expense.

When satire is done well, everyone occupies a bit of the frame. We may not be powerful, we may not be guilty of the offenses that are being ridiculed, but as human beings we should be able to recognize that given the opportunity and the ability to take advantage of it we have in ourselves at least the propensity for acting as dubiously as those in the center of the frame. Though there may be a specific individual targeted in the humor, what gives the humor its force is that the behavior under attack is one to which all humans are susceptible and if we are wise we do not laugh at the object of the satire without laughing a bit at ourselves. 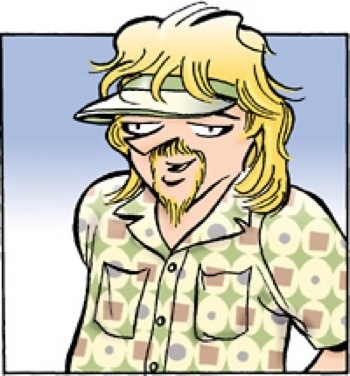