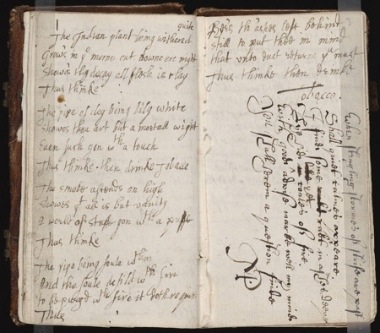 There is a series of books assembled in the early 1900’s by Charles Eliot, president of Harvard at the time, called the “Harvard Classics.” It has been nicknamed the “five foot bookshelf” as that is the size of the shelf required, at least so it is alleged, to hold all the volumes. The idea behind this “bookshelf” was that a person could receive a fairly complete education by spending fifteen minutes a day in these books. I m not sure that a lifetime of fifteen minute daily reading would get a person through everything on the “bookshelf” but it might, it probably depends on reading speed and comprehension of the reader, but it may well be doable.

There was once a practice of compiling “literary scrapbooks” called “commonplace books,” John Milton, for example, kept one. These books were literary journals of sorts in which a person jotted down quotes and passages encountered in the day’s reading, or just random ideas. These could then be reflected upon later, shared with others, or developed into reflective essays, poems, or stories. The photograph above is of such a commonplace book. It can be seen that they were not always neatly kept and the handwriting may be difficult to follow, but than it was more for personal than public consumption.

Virginia Woolf compiled two books of essays called A Common Reader (volumes one and two of course). They were essays on books and writers that were important to her and other “common readers” of her generation. The introduction to the first volume begins with a summary of Dr. Johnson’s definition of the common reader:

“The common reader, as Dr. Johnson implies, differs from the critic and the scholar. He is worse educated, and nature has not gifted him so generously. He reads for his own pleasure rather than to impart knowledge or correct the opinions of others. Above all, he is guided by an instinct to create for himself, out of whatever odds and ends he can come by, some kind of whole — a portrait of a man, a sketch of an age, a theory of the art of writing.”

The important thing to see in this is that people of all generations have had a shared literature, a literature that was important to the educated and the uneducated. It is said that Boston policemen could point out Henry James to tourists when Mr. James was walking about town. It was also to be understood that both the tourist and the policemen were familiar with Mr. James’ stories.

There was a recent article in The Guardian, “What happened to essential books?,” about the shared stories, or the lack of shared stories, among the present generation. The article laments the lack of a shared literature, though it acknowledges some shared stories that do not quite meet up to the author’s definition of literature. Perhaps the problem is with the author’s definition of literature, but I do not think so, time, though will tell. Of course those that are alive while a generations “literature” is being created are rarely the best judges of its quality or its endurance, so who is to say if it rises or not to a literary standard. It is probably best to suspend judgment on this generations shared stories and on their literary quality.

The song encourages us to “make a better world;” it encourages us to do this by singing together and the songs we sing together are another form of story telling, another kind of shared literature. The song encourages us to “love our neighbor” and to care for one another. Not a bad story to tell and a story that many of the classic and not so classic stories do tell. One of George Eliot’s characters ponders in Middlemarch, “What do we live for if it is not to make life less difficult to each other.” The Blind Boys would probably echo that, as should we all. It is sentiment that is also found in the shared literature of many generations. 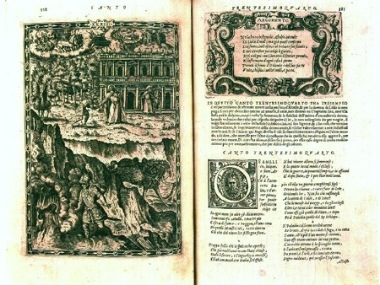 The images above and below were made to illustrate two narrative poems. My “common reader” would include many titles from the Renaissance and the Middle Ages. The image above came from Ariosto’s poem Orlando Furioso and the image below is from Sir Gawain and the Green Knight. I enjoy these two poems because they are both epic and comic. I think Orlando Furioso is a cross between Jonathan Swift and J. R. R. Tolkien; it has moments of heroic struggle and of broad, satiric humor. On one level it follows in the tradition of Lucianic satire and on another level it is in the tradition of The Song of Roland with which it shares a hero. It is an adventure, for me anyway, full of laughter.

One thing I particularly enjoy about this poem is that one of the heroic knights of this story is a woman. This woman warrior character was also introduced into a few later poems inspired by Ariosto, Tasso’s Liberation of Jerusalem and Edmund Spenser’s The Faerie Queen. These women are the ancestors of Kara Thrace, or as she is more commonly known, Starbuck, in the television series Battlestar Galactica, though she is a bit more worldly than her sixteenth century counterparts. When I first encountered these characters I was taken by surprise because they seemed so out of keeping for the patriarchal societies that created these stories. Perhaps there is a literary lesson in this as well about the danger of imposing our presumptions upon what we read. 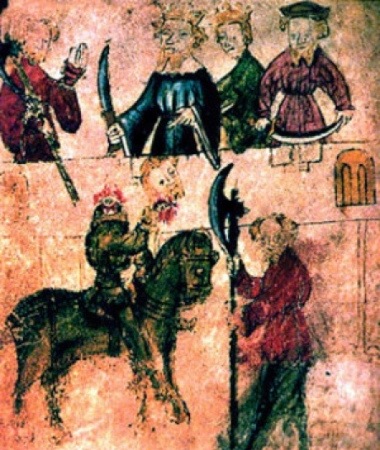 Sir Gawain and the Green Knight is also a comic adventure. On the comic side Sir Gawain with its courtly love gender reversal has elements in common with Billy Wilder’s film comedy Some Like It Hot with a bit of a nod to Damon Runyon’s advice concerning bets one should not take, while on the heroic side it is has all the splendor and adventure of King Arthur and his Round Table knights. The Gawain of this story is very likeable, unlike the Gawain of the Le Morte d’Arthur stories told by Thomas Malory. Gawain is also very human and we understand his failures and ought to realize we may not behave very differently under similar circumstances. But it succeeds for me because of its blend of humor and adventure.

What this suggests also is that those things that make us laugh, make us wonder, make us hang on to the edge of our seats have always made people, laugh and wonder and hang on to the edge of their seats. We may not always understand the nature of the humor due to differences in our cultures, but once those differences are explained the mysteries disappear, of course as with any joke that requires an explanation the humor, on this initial “go-round” anyway, disappears as well. It is difficult to know what makes a story resonate with one and not another. It is even more difficult, perhaps, for the lifelong reader to easily identify the kinds of stories she or he will enjoy, for anyone who has read extensively has been surprised by a story that falls outside the anointed categories. We often get around this by labeling the odd title as something other than it is. I had an English teacher who did not believe there existed such a thing as a well written science fiction story. Someone mentioned 1984 and he said that it was too well written to be science fiction. By this definition, of course, there is no such thing as a well written science fiction story, but is this definition honest.

The film clip is from a series of animated features based on Herge’s stories of Tintin. I am especially fond of this story because when I was child living in Granada Hills, a suburb of Los Angeles, I remember walking down the main street one day and going up a side street. About a block up I came to a storefront with a series of pictures and cel transparencies from this animated film displayed in its big front window. There was no store at this “storefront,” the inside of the building appeared to be empty; there were just these wonderful pictures. Tintin and the movie title Destination Moon were referenced on the display but there was no one inside you could ask about what the display was for, nor was it displayed where anyone was likely to see it on this out of the way side street that neither foot nor automobile traffic was likely to find. I found it though and was fascinated by it.

When I grew older I sought out the stories and read some but it is this story that is the most significant of the Tintin stories for me because of the nature of my discovery of it and the mystery that surrounded it. If there had been someone in the shop that day I could have asked about the story I am not sure it would have had the impact that it had on me as a long unanswered question. There may not be a rhyme or reason that explains how a story makes it into our common reader, but the stories that do find a home there follow us wherever we go and become major destinations on the map of our life’s journey. To a degree they make us the people that we are, they fill more than our conversations and our memories, they shape our characters. 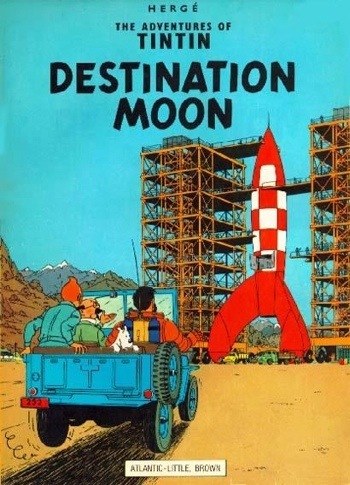