Who Knows Where the Time Goes
Sandy Denny 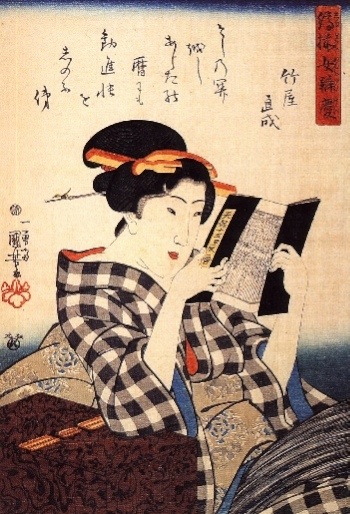 There was an article recently in the Guardian, “Who stole our reading time?,” about time and reading and the encroachment of interests and obligations. Though it is true for many that work and other obligations are consuming more of their time, it is other leisure activities that are most responsible for a decline in the number of hours spent reading, even on the part of, at least at one time, avid readers. When I first started teaching an English teacher at the school said that being a teacher left him little time to read. This seemed strange to me at the time but less strange now. Not only do papers need to be graded, but everything now has to be documented. Documentation is not a bad thing, but there are only so many hours in the day and that cannot be changed, but the expectations change regularly and it is amazing how much some seem to think can be done in the course of a day. I envy the woman in the painting who is so engrossed in her book; but of course not being a reader of Japanese I do not really know what it is she is reading; it may be local gossip, it may be epic poetry.

The song asks where the time goes. The harder we work the faster the time seems to pass and the more easily it is lost. At the end of each day there is satisfaction over what has been accomplished, but also a bit of frustration over what has been set aside for another day. Where did the time go? Perhaps management is part of the problem but can it be the whole problem. Why at the end of the day is looking at a film often more attractive than reading a book? Is it that our energies are drained by the things that we must do such that there is not sufficient energy for what we would like to do. The more passive the activity the less energy it requires, but also the less satisfaction and enrichment it supplies. What happens to a people whose minds and imaginations are inadequately nourished? 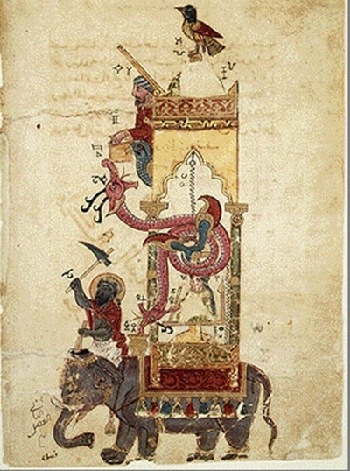 Clocks are interesting machines that keep track of time and how much of it has passed. We may not know where the time goes, but we always know how much of it has gone. The images above and below are of clocks that to me do not look like clocks. It is said that replicas of these clocks have been built and that they keep good time, but for the life of me, I do not know how, I do not see the clock faces that I am accustomed to seeing that indicate the time of day, but there must be a way of reading them. Perhaps it takes little imagination to read these clocks once one understands how they work, but the images suggest that the clocks telling the time are also telling a story. 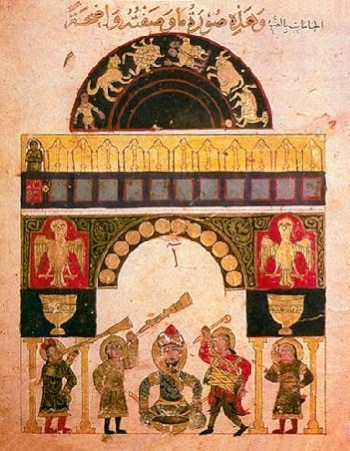 These images also suggest that simple things, like telling time, can be infused with a bit of imagination and magic. These clocks are not purely utilitarian; in fact, they probably serve more of a decorative than a practical purpose. Still, if the story surrounding these clocks is true, they did not merely decorate. I think this speaks to something inside us that wants our tools to be more than merely functional, that they ought to please us as they work for us; they ought, like great poetry, to delight and instruct (or perhaps, merely inform). Who knows, perhaps the work that most deeply satisfies is work that delights us in its performance and enriches us in its contemplation.

The film is of a clock that “consumes” the time. Its maker calls it a “Chronophage” or “time eater.” This clock, too, requires us to “read” time differently, we have to work harder, pay more attention, to the clock to get the time. But like many great clocks it is a thing of beauty to look at; we can lose time in the act of telling it, the clock beguiles and enchants. Perhaps this is another aspect of time and its passing. It is seductive, it charms us into believing we have ample amounts of it and as a result we are at times a bit profligate in its use. A good book in the reading of it also beguiles and enchants and is also a “chronophage” of sorts, though at the end we, hopefully, know more than just the number of hours consumed. For some the “ages” of their lives are marked by books that give their names to aspects of their personal history. They go through a “Beatrix Potter” phase, perhaps, or a “Fitzgerald” phase. 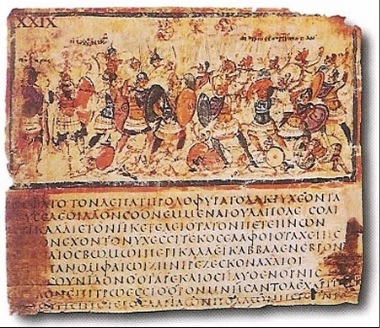 There was an article in this weekend’s Boston Globe, “Looking at ‘The Iliad’ and seeing ourselves,” about how the present moment shapes our understanding of the literature of the past. The specific book in question is Homer’s Iliad, but the principle is true for any book. When reading a story it is important to be aware of the setting. One aspect of setting is time, but time is a bit tricky, it operates on many levels, there is the time day, the time of year, and the time in history. A story takes place in a certain time, the eighteenth century, for example, but it also takes place in the afternoon of a day in summer. In most books historical time is constant, there are exceptions, H. G. Wells’ The Time Machine for example and other science fiction stories like it, that move around in time, but most stories occupy at most a single lifetime. Events in the story happen at different times of day or during different seasons, but the whole story moves through a specific period of time.

Sometimes stories are set in the past in order to comment on the present, or at least the present of the author at the time the story was written. Readers reading that story have to be aware of the historical context (the events taking place when the story was written) and the historical setting (the historical events surrounding the period of time in which the story takes place). But there is a third factor the reader must take into account and that is what is happening in the reader’s present and how the reader understands the past, both the past as it existed for the writer and the past as it exists in the story.

I remember reading The Once and Future King for the first time. The book retells the King Arthur legend. Arthur lived about 300 AD, but everyone in the story behaves like an English gentleman of the fifteenth century. So when T. H. White retells the story he sets it not in the time when Arthur lived, but in the age that informs Arthur’s and his knights’ behavior. This gave me some trouble, because I knew Arthur did not live in the late Middle Ages even if he behaved in the stories as though he did. I had the same problem with Jonathan Strange and Mr. Norrell. On the other side of the coin Philip Roth’s The Plot Against America or Michael Chabon’s The Yiddish Policeman’s Union did not trouble me, though they were playing similar games with history. Perhaps this is a third element of time the reader must acknowledge, the extent to which her or his knowledge of history as it happened can be suspended so that the story can have its way with it.

But this is not what the article was getting at when it talked about the way we read the literature of the past. Katherine Powers, who wrote the article, is suggesting that how we understand the events of The Iliad is shaped by the events of our own time. There was a film version of Euripides’ Trojan Women that was made in the 1970’s. The play presents Euripides’ view of war. He was using the Trojan War to comment on the conflicts of his day. The film was using Euripides’ presentation of the Trojan War to comment on the Vietnam War. Perhaps Euripides would have shared these views, perhaps not. Powers suggests that modern readers of The Iliad see the story not as a tale of heroism and glory, but of the futility of war and the arrogance of some of those that wage it. She wonders to what extent this is a modern reshaping of Homer’s tale that violates Homer’s intent. But she also points out that Agamemnon is a dubious general at best, and that Homer created him that way and that Achilles’ concerns are not entirely unfounded. She points out that some modern readers see in this poem a commentary on war that is relevant today and speaks to present day concerns.

As readers I suppose we are captured by time. We must fight with time to find the time to read in the first place. We must look at the times being depicted in what we read and shape our understanding of those times in light of what we know of how those times played out and what is true for the time in which we live. We must recognize that how we understand the time may not be how the author understood the time and we must make some decisions about what we will concede to the author. We may enjoy stories that involve knights engaging each other in jousts by the roadside, but we may not be willing to concede to others the right to pursue similar interests in the present day. We may be able to enjoy a story about magicians shaping the outcome of the Napoleonic Wars without being able to take it seriously as even a remote commentary on the history of the time. We accept it in fun and fancy, not in fact. Time may consume the moment but we in our choices may determine how the meal will be seasoned. 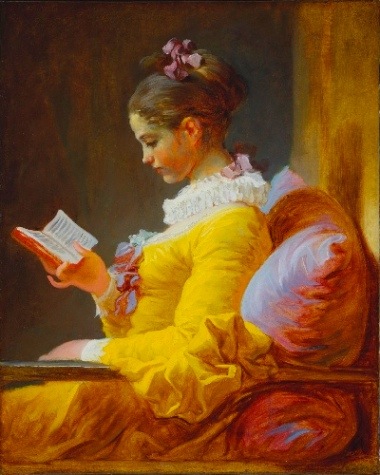