The Mind and the Maker 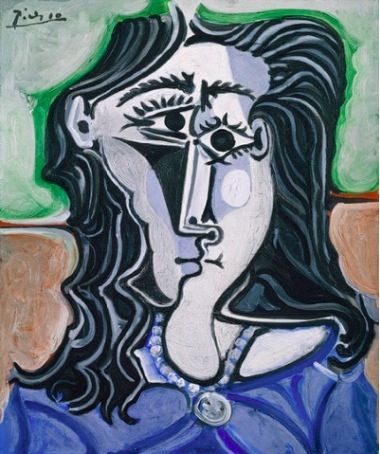 There were a couple of articles published this week on the mind and how it works, actually they were both reviews of recently published books. One in the Guardian, “The Master and His Emissary: The Divided Brain and the Making of the Western World by Iain McGilchrist”, and one in the New York Times Review of Books, “Mind Reading.” The first article is about how the left and right hand sides of the brain work and the second about how we evolved into readers. They do not have much in common in that they address two very different functions of the brain, but they raise issues about how the mind works and how we learn that are interesting to anyone who works in, or appreciates, the humanities.

The Guardian article reviews a book about how the different sides of the brain are responsible for two very different and somewhat contradictory operations of the brain. The left hand side focusing on the immediate and the concrete and the right hand side focusing on the future, the bigger, long term picture, and the abstract. The music by Edward Elgar is from The Enigma Variations and suggests that music, like language can take us in a number of different directions at once. The title, Enigma, suggests there is a mystery behind the music, which Elgar never explained other than to suggest the actual theme at the heart of the variations is never played. But the variations also suggest the different ways a melody can be heard and performed and, by extension, the different ways the mind can “understand” a piece of music.

The painting by Picasso gives us two views of a human face at the same time, the full face and the face in profile, again suggesting that how we see something depends on our perspective or point of view. The book reviewed in the article argues that for the mind to do what we need it to do each side must perform its part of the job and then hand the task back to the other part of the brain to do its part of the task. The left hand side of the brain does what it needs to do to address immediate problems than hands the task back to the right hand side to make plans for the future. If one side monopolizes the task and refuses to turn it over to the other side problems can arise. In practice it is the left hand side, that is more focused and less abstract, that is more likely to try to dominate. 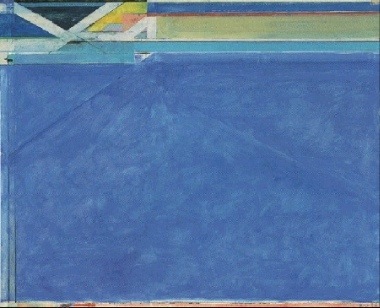 It is the two sides of the brain that allow us to see more than one side of a thing, as in Picasso’s painting, at a time. The painting by Diebenkorn is from a series of paintings called Ocean Park. Each painting is different and offers a different view of the same landscape. Ocean Park is a real place in Santa Monica, a suburb of Los Angeles. As with the music, that same view may change depending on how we see it at any given moment, seasons change, different aspects of a landscape may capture our attention at different times. A more left side of the brain painting of the landscape may be more identifiable as a Southern California beach city, but does that make it more “real”? 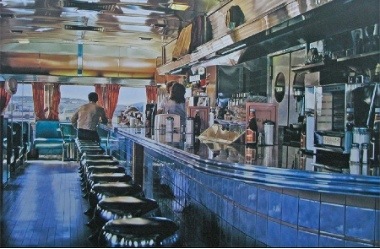 A more left brain way of looking at a landscape might be suggested by Ralph Going’s painting Ralph’s Diner. The painting attempts to capture a photograph with paint and canvas and to make that painting to the extent possible an exact duplicate of the photograph. It is an impressive demonstration of what can be done with paint, canvas, and an artist’s skill. But if all it does is duplicate the photograph what makes it more than just a demonstration of an artist’s skill, what makes it a work of art in its own right, what is the contribution of the right hand side of the brain?

I suppose it is the same thing that makes a Renaissance painting of a landscape, that captures that landscape as realistically, as photographically, as possible, a work of art. In any painting there are at least two components, the artist’s choice of a subject and the manner in which that subject is captured. The Renaissance painter tried to capture what was seen as a photograph might if the camera had existed. The photorealist painter is trying to capture the photograph as though it were a Renaissance landscape, sort of.

In this film clip Henry II makes Thomas Becket his Lord Chancellor. He is trying to use the brilliance of his friend and advisor to achieve certain ends with the church. Henry is a very concrete, left brain, kind of thinker. He knows what the immediate problem is and he knows the most effective way of achieving an immediate solution to that problem. Becket on the other hand is more imaginative, a more right brain kind of thinker, better at using abstract thought and abstract language to achieve the ends Henry desires.

Later in the film Henry will put Becket in charge of the English Church by making him Archbishop of Canterbury. Because it is the church that is giving him trouble he, thinking very concretely, will put his friend who will do what he asks in charge of the church. He misunderstands Becket who is immensely loyal in his service to Henry. By making Thomas head of the church his loyalty must be to the Church and not to Henry. Becket tries to warn Henry, but Henry is not able to make that abstract leap and imagine his friend as anything but loyal to the king.

Wallace Stevens in the first part of his poem “The Man with the Blue Guitar” captures the relationship between the concrete and the abstract sides of the brain, or perhaps lack of a relationship would be more to the point.

The Man with the Blue Guitar

The man bent over his guitar,
A shearsman of sorts. The day was green.

They said, “You have a blue guitar,
You do not play things as they are.”

The man replied, “Things as they are
Are changed upon the blue guitar.”

And they said then, “But play, you must,
A tune beyond us, yet ourselves,

A tune upon the blue guitar
Of things exactly as they are.”

The audience wants “things as they are” they want what is “real” but the guitar captures it own reality, it changes what “it sees” and makes it into something else, as Diebenkorn does with his seascape. The artist, even the photorealist artist, captures the world in her or his imagination and makes that world into a piece of music, into a story, into a painting or a sculpture, the world is changed, after a fashion, by the imagination. 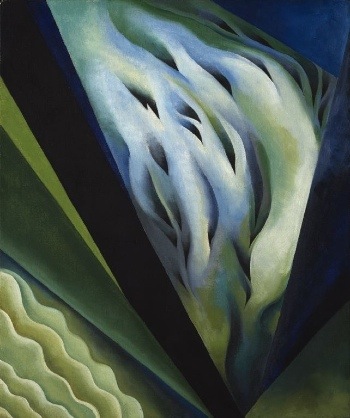 The painting claims to represent music, blue music and green music, it is a visual representation of what O’Keeffe imagines music to “look” like. But it is not just any music; it is green music and blue music. What are the colors intended to suggest about the music? Did she have a specific piece of music in mind when she painted it? I wonder what the story is that O’Keeffe is trying to tell. There is a suggestion of sound waves and of flowers in the painting but I do not know what they are meant to suggest about music (perhaps I am too concrete in my thinking). There is also a sense in the painting that music is a force that is penetrating, perhaps the furrows that might suggest sound waves are not waves at all but furrows and it is the earth the music is penetrating. In that sense you might have the “blue” sky and the “green” earth.

The New York Times article is about reading and writing and how they evolved. It is a review of a book that tries to understand how the black (usually) marks on a white (usually) surface (that is not always a paper surface anymore) can produce such profound emotions in the human psyche. It wonders why the letters we use to make words are shaped the way they are and why do we use letters, like “b” and “d” that are so easily confused. The article also points out that the shapes of some letters, the “t” for example, have primal associations that might have made them attractive to those who invented the first letters, though it does not go on to say how these associations relate to the letters they have become. At its heart the written word seems to be a very right brain kind of function but it is often used to achieve very left brain kinds of things.

But for me it is the coming together of the imagination with language to tell stories that I find most attractive. It is the right brain ability to think abstractly and to imagine that causes me to wonder how we have evolved into storytellers who shape meanings through sounds and images and words. I also wonder why it is that reading Jonathan Swift excites me and makes me laugh but seems to put many of my students to sleep. Is it just an inadequate vocabulary or are there significant ways in which we all process what we read differently? Obviously we all see different things in what we read, but why is it that some of us can develop a “literary” imagination that can take complex texts and shape them into meaning and merriment while others not only cannot but do not have an interest in developing the skill?

It is not that those that are not attracted to the written word lack imagination, though it might be that some do, because many that are not captivated by the written word have very rich imaginations, they may be dancers, musicians, or painters. Maybe it is just a case of finding the right story to bewitch the imagination and that until that story is found the “literary” imagination pursues other things. Maybe it is just that it is difficult to understand how what is gold to one person is brass to another. We do not all value the same things; we are not all touched by the same things. It is probably enough that the imagination lives even if it is sustained by a different kind of nourishment.