Ever After
Stephen Sondheim
Into the Woods 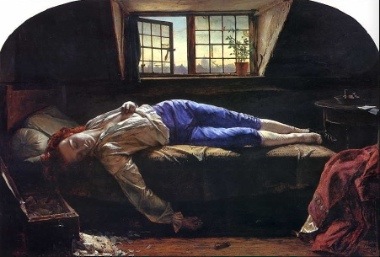 The song title is a play on the most familiar storybook ending “and they lived happily ever after.” The song is from Stephen Sondheim’s musical Into the Woods, a play about the role of folk and fairy tales in shaping our lives. The song suggests that we all must go into the woods, that dark place where all of our fears live and come out the other side if we are to “live happily ever after.” If we do not, whatever is our secret terror will continue to haunt us. It is, I suppose, the place where we all go to learn courage and fortitude.

Thomas Chatterton went into the woods in his effort to achieve acceptance as a writer. He is perhaps most famous for the poems he claims to have found written by a medieval monk, Thomas Rowley. Chatterton was never successful as a poet or a writer, at least not during his lifetime. Everyone thought his best known poems were written by someone else. It is believed he committed suicide at the age of seventeen in poverty and discouragement at his inability to be taken seriously as a writer. I bought in a library book sale once a two volume set of the poems of Chatterton that was published by Little Brown and Company in 1863 and donated to the Sturgis Library in Barnstable, Massachusetts in 1867. It is an interesting collection and as Horace Walpole said the poems are “wonderful for their harmony and spirit.” Here are a few lines from Chatterton’s poem The Battle of Hastings:

Duke Wyllyam drewe agen hys arrowe strynge,
An arrowe with a sylver-hede drewe he;
The arrowe dauncynge in the ayre dyd synge.
And hytt the horse Tosselyn on the knee.
At this brave Tosslyn threwe his short horse-speare;
Duke Wyllyam stooped to avoyde the blowe;
The yrone weapon hummed in his eare,
And hitte Sir Doullie Naibor on the prowe;
Upon his helme soe furious was the stroke,
It splete his bever, and the rivets broke.

Those that knew what Middle English looked like were not fooled by the vocabulary or the quaint spellings and did not believe the poems to be ancient. He is probably not a great poet but there is a romantic aura that clings to him that attracted poets like Coleridge, Wordsworth and the other Romantics to his cause. The poems themselves do tell stories that if not well written were effectively told, at least for their time. 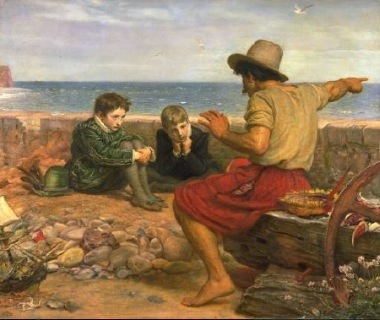 There was an article recently in the Guardian, “Museum ‘of story and storytelling’ planned for Oxford”, about a museum to be built at Oxford University to celebrate story telling. It will begin with the stories that originated at Oxford, stories by Lewis Carroll, J. R. R. Tolkien, C. S. Lewis, and Philip Pullman. The museum already lives online as The Story Museum. It sounds like it will be a fascinating place where children can go to hear stories and to invent them. It seems that many of the stories that speak to the development of our humanity are stories written for children. This is a generality of course but more and more of the stories written for adults (aside from genre fiction, which many seem to dismiss as stories written for “older children”) address the inner lives and psychology of their characters who often do not seem to “do” very much. Their courage lies in the way in which they confront their inner demons. There is value of course to these stories and they do attract readers but many of the elements of traditional storytelling seem to be missing. Perhaps I have been exposed to too narrow a spectrum of modern stories. 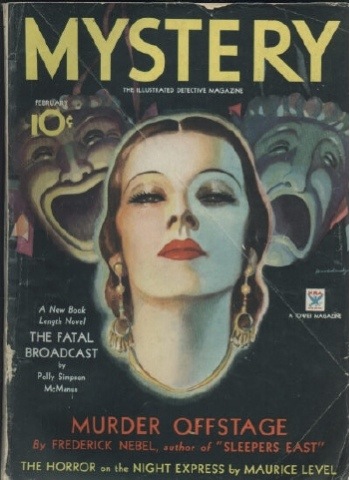 The suggestion is often made that genre fiction and those stories that attempt to tell a more traditional kind of story are not that well written. For example “serious” literary critics often trivialize the work of J.K. Rowling, Stephanie Meyer, and Stephen King. Yet these stories resonate with many readers. One of C. S. Lewis’ favorite books was A Voyage to Arcturus, a book Lewis said was badly written but tells a mesmerizing story. Does a story have to be well written to be well told? It is difficult to know whether or not the storytellers that move us today will move anyone else tomorrow. I think sometimes that what is considered good writing is more transitory than what is considered good storytelling. A good story can perhaps survive bad writing but as writing styles and tastes change the “good” writing of one generation is often seen as wanting by the generations that follow.

A further complication of writing well is that often it is impossible to quantify. There was an article in the Guardian, “Marking computer says no to lazy Dickens and dull Austen”, about a new computer program used to score the essays for student proficiency exams given by the English government. Sort of like the exams we give students here before we will give them a high school diploma. The machine gave low or failing grades to Jane Austen, Charles Dickens, and many other prominent writers when their work was fed through the machine. The opening of John’s Gospel, “In the beginning was the Word, and the Word was with God, and the Word was God”, was marked down “for repetition and poor and restricted choice of vocabulary.” As soon as we try to define what is and is not good writing, writing that ought to be bad will be recognized for its brilliance.

The film tells a powerful story. The full effect of this final scene from City Lights cannot be felt without knowing the story that precedes this moment. The woman giving Charlie Chaplin’s “Little Tramp” the flower and the coin was, at the beginning of the film, a blind flower seller on the street. Chaplin is able to “manipulate” events so that she is able to have an operation that will restore her sight. Unfortunately the tramps “manipulations” get him arrested. The scene in the clip is the reunion of the tramp and the blind flower seller, who now can see, but she has never seen the tramp. She does, however, know the touch of his hand and recognizes him immediately upon touching his hand. It is a remarkable piece of story telling and to do it justice the film should be seen in its entirety. But what this film clip suggests is that the power of story telling is often in its images and relationships. It is not the narrative so much as how the settings and events are woven in our minds. In a film the filmmaker creates this for us and leaves us free to focus on other things. But for the story told with words on a printed page the reader has to be able to construct the settings, characters, and events in her or his mind and the more vividly the story is told the more easily the reader makes these constructions. 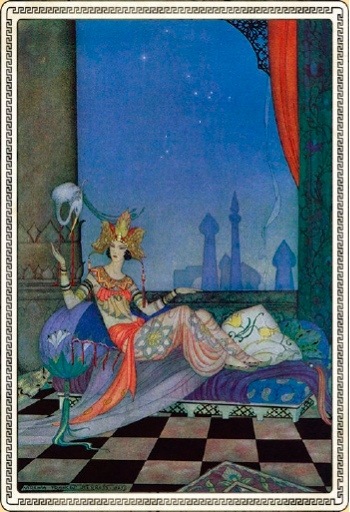 Scheherazade Went on with Her Story
Illustration from Arabian Nights by Virginia Frances Sterrett
http://commons.wikimedia.org/wiki/File:Scheherazade_01.jpg

My favorite storyteller, or at least one of them, is Scheherazade. She tells the stories found in the 1001 Arabian Nights. Perhaps this is because these are stories I grew up with, both in written form and through, when viewed today, quite awful film versions of the “Voyages of Sinbad” or “Ali Baba and the Forty Thieves.” But even when I look at these films today with their awful production values and often equally awful performances, the images of the films as I remember them still captivate. The image of the thieves’ captain saying “open sesame” and a wall of rock parting to reveal a huge cave full of mountains of treasure in all its brilliance (or at least as brilliant as black and white cinematography could make it) still captures me to this day. I do not know if it is just because these are the stories of my youth or if there are other aspects to the stories that preserve their magic.

There are many stories I read as a child but these stories have endured in my imagination. I have only read them in translation and as I grow older I continue to read them in different translations. Some of them very good and others quite wanting. But no matter how bad the writing the stories usually come alive. This suggests to me that it is not the writing that gives life to a story but the ability of the story to enchant the reader in spite of the deficiencies of its language.