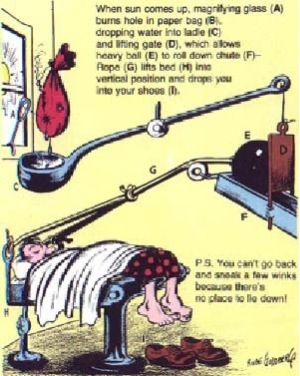 Beauty often lives in simplicity. Bach so appreciated the beauty of this simple melody that he used it again and again. Paul Simon also valued the simplicity and beauty of the tune and put it to work in his song American Tune. Whether it is a simple melody like that from Bach’s St. Matthew Passion (and a half dozen others at least) or a simple explication of a poem or story, or the poem or story itself, simplicity lends a degree of elegance to the work. I like Occam’s Razor (“Entities should not be multiplied unnecessarily”) when it comes to most things, which simply suggests that the simplest explanation that accounts for all the facts is probably the truth. What made Rube Goldberg’s cartoons so funny was that they demonstrated excessively complicated ways of solving extremely simple problems, like getting up in the morning. It is human nature, I believe, to prefer simplicity, even though we often live our lives as though our inclinations favored a different direction.

But it is important to remember that there is a difference between being simple and simple minded. The simplest explanation of a poem may be very complex and somewhat opaque. Being simple is not always the same as being easy. I think most of us equate a simple task with an easy one, when in fact it may only be simple because there are not many steps to carry out, though those few steps may place demands on our skill, abilities, and intellects. What simplifying a task often does is make it easier to focus on the work to be done, as there are not a lot of superfluous details that confuse or obfuscate. But that which demands our focus often requires all of our attention. 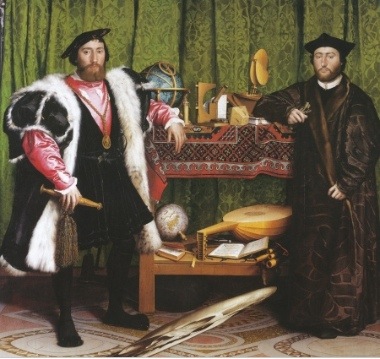 The other side of the coin is being as simple as possible even though the work itself is very complicated. The painting above is very ornate. There are the designs in the curtains, the rug, the cloth on shelf, and in the robes of the ambassador in brown. There are many objects on the shelf as well. The detail found in the painting of the textiles is necessary to capture the reality of the scene but the objects placed in the painting have a symbolic value, many being associated with the various components of a liberal arts education of the time. Then there is that funny looking object on the floor between the two ambassadors. It is odd and appears, unlike everything else, very unreal.

It is a puzzle that Holbein placed in the painting and can only be seen for exactly what it is if the painting is viewed at the right angle, which is from the side and definitely not straight on. When viewed from the side, the strange object on the floor is seen to be a human skull. One of the stories told about the painting is that it was intended to be hung in a stairwell and that the skull would suddenly jump out at the person climbing up the stairs. One can imagine the effect this might have on a dark and stormy night. But whatever the intended effect this painting is not one that was done simply, though, it is hard to imagine it being done any more simply and still produce the effect that it does, it is as complicated as it needs to be, but not much more complicated, and that is, perhaps, a definition of simplicity. 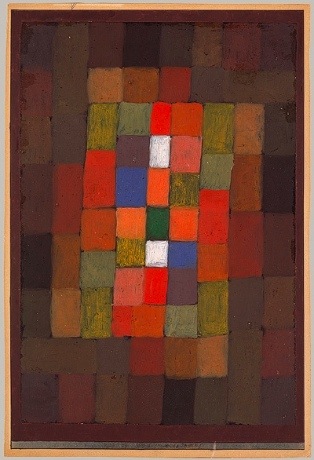 Some have questioned whether the work of modern artists like Paul Klee is really art at all. The painting above is a checkerboard pattern with each of the squares in a different color (in some cases the difference is very slight). But if you look at the photograph below of the Dome of the Rock you see an ancient place that takes a similar delight in geometric shapes in different shades of white, blue and brown. It is the same delight that many of us took as children in playing with a kaleidoscope, which was also play with shades and shapes. 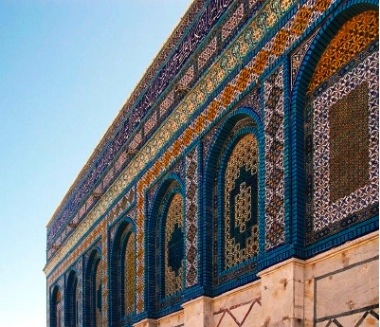 Dome of the Rock
http://en.wikipedia.org/wiki/File:Dome_of_the_rock_close.jpg

Writing, when it is done well, evokes the simplicity or complexity of its subject but it always attempts to present its subject in as simple a light as possible. The skilled writer looks for the simplest path through the chosen subject. This is not easy and it is important to remember, simple is rarely easy. In fact what often makes poor writing poor is its unnecessary complexity that is usually an indication that the focus has been lost, that words are being used like shotgun pellets to hit everything in the hope that something might stick. I have assignments that I give where I require students to do something in a limited amount of space. They are used to getting assignments where they are told they must write at least a pre-determined number of pages, but they are rarely told they are to write no more than a page or two. I have seen students struggle more writing something that is short and to the point than with something that can be as long as they want to make it.

Simplicity, being concise and to the point, is often the most difficult thing we can be asked to do. When asked to compare writing short stories to writing novels, William Faulkner said, “You can be more careless, you can put more trash in it and be excused for it. In a short story that’s next to the poem, almost every word has got to be almost exactly right, in the novel you can be careless but in the short story you can’t.” This is the struggle that all writers face. If they are to write well they must learn to identify what is necessary and what is not. Even in the novel where much will be forgiven, the reader’s patience and tolerance is not endless and even that which is done badly must be done badly in an artful way.

The music is called Shaker Loops. It was not initially called this, but after re-working the piece Adams thought the Shaker’s ritual practice of ecstatically jumping about and their dedication to simplicity underscored what he was trying to achieve not just in this composition but in most of his work. He comes from, he helped to establish, the minimalist school of composition. The orchestrations are as bare boned as he can make them, they are very simple, but for those that are captured by the work of Adams, and others like him, there is a delight that the music provokes. For music that is as bare boned as this, melody, the most accessible quality of a musical score, plays a relatively minor role. Adams focuses instead on rhythms and harmony, a much more difficult path to ecstasy than melody. 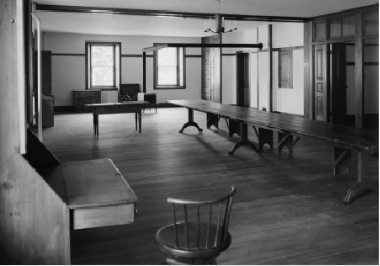 The music is not unlike these pieces of Shaker furniture. There is not much more to these pieces than a graceful line combined with a skilled and sturdy craftsmanship, there is nothing “ornate” about this furniture. The simplicity of the furniture is meant to reflect the simplicity of the soul that crafted and uses it. It is somewhat ironic that one must be almost independently wealthy to afford a good piece of Shaker furniture.

In the world of school work and work itself, we are often drowning in unnecessary complexity. The philosopher Francis Fukuyama wrote a review of an interesting sounding book Shop Class as Soul Craft. The review is titled “Making Things Work” and Fukuyama delights in the idea that in shop class things have to work. He talks about how the author of the book, Matthew B. Crawford, spent his spare time while in college taking old Volkswagen engines apart and putting them back together. I took a bit of delight in this part of the review because I, as a young man in college, bought a book by John Muir (not the gentleman who introduced Teddy Roosevelt to Yosemite) that took you step by step through the dismantling and reassembling of the V. W. engine. I could not master this, having no aptitude for mechanics, myself, but I had friends who did. These friends could also attest to the importance of doing the job right. I had one friend who discovered he had not quite gotten it right when he arrived at college five or six hundred miles away from his tools, which were still at home.

It is easy when our work is done exclusively in the mind to overlook whether or not what we are thinking has any practical merit, if it will in fact work. As a professional I think I have only my instincts and judgment to rely upon. But I know from my classroom experience that often those things that I felt were working well, did not in fact accomplish the goal I had set for the exercise. On the other side of the coin, I have had the experience of feeling as though things are not working at all, that all is a dreadful failure, only to find out later that much, sometimes most, of what I set out to do had been accomplished.

This suggests to me that judgment and instinct are not always enough. My limitations as a mechanic become obvious as soon as the key is put in the ignition. The machine that is improperly assembled reveals everything, there are no secrets, there are no abstract theories, just an engine that will not take the spark and do what it does with gasoline and fire. In the end, in the classroom the educational machine must work and the only evidence that it is working is if the spark that lights the intellect and the imagination ignites and does its thing with fire.

6 thoughts on “Keeping It Simple”