The Place of Technology in the Classroom 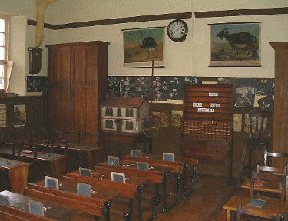 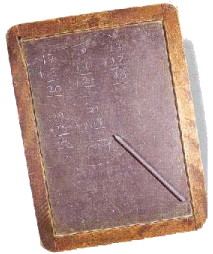 The YouTube video gives a simple demonstration of the circular slide rule, a huge improvement over the writing slate that was used to do calculations in the Victorian classroom, though of course the slide rule, a seventeenth century invention, significantly predates the Victorian classroom. I remember in high school everyone had one (though like many of my classmates I never figured out how to use the thing). What could be done with a slide rule was absolutely mind-boggling at the time. Of course with the desktop computer the slide rule became more of a curiosity than a necessity. I do not recall many complaints, aside from price, about the personal computer replacing the slide rule. The point here is, that the technology has always been changing, from slate to paper, from slide rules to computers and those that would educate effectively have changed as the technology has changed.

I know in my own case that the reason I had to wait until the 1980’s to go to graduate school was my inability to effectively master the typewriter. Every paper I turned in had typos and not just a few, each page had its share of mistakes. I could never type a clean page of text and I could not figure out how to correct the mistakes I found without destroying the appearance of the page or doing harm to the surrounding text. I was an English major so this was a significant problem. I did all my editing and rewriting in handwritten drafts. When I was satisfied with the quality of the handwritten text I began typing. I dared not proofread because I did not have the time to correct the problems I knew I would find. Being dyslexic I have a tendency to this day to transpose letters and numbers, which complicated things further.

In the 1980’s, however, I got a word processor, a little Magnavox machine (if you ever see the film Broadcast News you will see my little machine used in one of the newsroom scenes). It had one font, courier, and printed a clean text that looked like it came right out of a typewriter. It had a problem when it came to starting a new page because it regarded the end of a page as the end of a document and I had to force the text at the top each page back to the margin because the machine wanted to indent the line, believing I suppose it was the start of new paragraph. But I did not care, I had a backspacing key and every mistake I found could be fixed in the fraction of a second. I was in heaven and what was better, I was in graduate school. I have always loved going to school and learning stuff so to me heaven and graduate school were much the same thing.

My experience has taught me that technology, whatever problems it brings with it, is a friend. I moved on from my Magnavox to my first Macintosh computer (it had a huge four megabyte hard drive, who could ask for more) and began using a wider range of tools and resources. Technology was liberating. In the classroom technology has improved the quality of the materials I use and the presentation of the concepts that I teach.

That said, of course, it brings with it many problems and I think it is also important to consider which of the new technologies can be used the most effectively in the classroom. The answer to a significant part of this question will vary from teacher to teacher and perhaps from discipline to discipline. I cannot see how some things (Instant Messaging for example) can be used productively in the classroom, though I have read articles that argue that it can. I am sure there are some teachers who can use this tool effectively and they should do so. I just don’t think that I can.

But this is part of the problem. In their enthusiasm those that advocate the new technologies often see in it an answer to every problem in the classroom. Those uncertain about the benefits of technology often see it as an intrusion. I do not think the tool will work for anyone that cannot make the tool work. It is the skill and imagination of the wielder of the tool that makes the tool effective. I think those that keep their distance are probably making their lives more difficult, at least in the classroom, but they have to realize this for themselves.

My concern is for the content of the class. As an English teacher I see real value in teaching literary works that have stimulated the human imagination for centuries, even millennia. There is an exercise I do with all my students called “The Stories That Tell Us Who We Are”. The lesson tries to teach students that stories help us define our values and ethics; they provide examples of what it means to be courageous or faithful. By entering into the lives of characters students learn something of empathy. Faye Weldon in her book Letters to Alice on First Reading Jane Austen writes, “You can practice the art of empathy very well on Pride and Prejudice, and on all the works of Jane Austen, and it is this daily practice that we all need, or we will never be good at living, as without practice we will never be good at playing the piano.” I think the literature of the traditional “canon” does this very well. I know that modern novels and stories can do this as well, but part of teaching an English class is exposing students to those who have used the language with exceptional skill; and it is because the works of the canon have used language with such skill that they have survived.

I have to be convinced that some of the new technologies (like Instant Messaging) can be used to expose students to writing of this quality. But other technologies can provide platforms for students to comment on literature, to explore the cultural and historical contexts that produced the literature, or to interact with teachers and other students to discuss the ideas, values, and concepts found in the literature. However, for a student to be an effective and enthusiastic student she or he must be curious. Students that use the technology for entertainment or keeping in touch are not likely to be any more motivated to engage a difficult text by asking them to discuss it in a blog or to analyze it with others in a wiki or to in some way wrestle with the text in a format that employs some other aspects of the Web 2.0 universe if they have not first been made curious. Students may enjoy making a video but will they read the literature deeply enough or at all in order to make a video that adequately captures the essence of the work.

What the teacher must do is stimulate, provoke, the students’ curiosity and that task is as difficult with the technology as without it. Though it should be added that by using these technological tools teachers would be helping students to become familiar with the tools they will be using in the worlds of work or the academy when they leave high school. And we should not fool ourselves. The real problems that surround educating young people that do not want to be educated are old problems.

William Langland in his poem Piers Plowman wrote, “What is more, even Grammar, the basis of all education, baffles the brains of the younger generation today.  For if you take note, there is not a single modern schoolboy who can compose verses or write a decent letter.” Langland was a contemporary of Geoffrey Chaucer, a fifteenth century poet. I remember reading this shortly after I started teaching and thought things do not really change very much. It appears that each generation looks on the generation that follows them as underachievers and this view goes back a number of centuries. Besides students in the public schools are children and children, almost by definition, are immature. They do not know what is in their best long-term interest.

To make matters worse today’s school children live in a culture that is challenged by the concept of delayed gratification. If the child’s parents want what they want when they want it, should we be surprised that their children are impatient with anything that does not give immediate satisfaction. This is a problem technology cannot solve nor is it reasonable to expect it to. The purpose of an education is not merely to teach our young people valuable skills, it is also to help make them wise, which is, I suppose, a large part of what it means to be mature.

Images from the Victorian Web
http://www.nettlesworth.durham.sch.uk/time/victorian/vschool.html