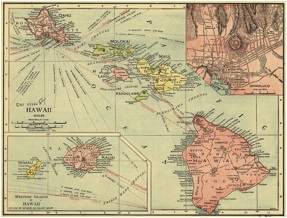 The song sung by Arlo Guthrie was my introduction, back in the 1970’s to the word “wiki”, actually spelled in the lyric “wicky” but being an Hawaiian song I’m thinking the printer may have just spelled it wrong (the song was written, after all, in 1929, well before the appearance of Wikipedia). Perhaps just as there are dangers to “wiki” wooing there are also dangers to “wiki” scholarship. On the other hand love at first sight is a long standing literary, film, and song tradition. Robert Nathan wrote a play, Juliet in Mantua, imagining Romeo and Juliet surviving Verona and moving to Mantua to live in peace. In the play they are depicted as a married couple with challenges. Perhaps, the stereotype of the troubled marriage that follows a love at first sight wedding should be afforded its grain of salt. Relationships are difficult, whether these be relationships with other people or with the machines that simplify our lives. Quick may not always be better, but it may not always be that bad either.

There are many causes for concern with the wiki world. Wikipedia, the most familiar wiki, captures best the strengths and weaknesses of the wiki as scholarship. Because anyone can contribute no one is really responsible for the content. It can be factual one day and not the next. Because of the anonymity that comes with the Wikipedia entry the credentials of the contributor are unknowable. Those with an agenda are as likely, perhaps more likely, to control the content of an entry than those with not only more objectivity but also greater credibility in regards to the subject matter. Part of this stems from the elitist vs. egalitarian debate. Who makes an expert an expert? Wikipedia is egalitarian with a vengeance. Though it must be added that my understanding of this and other weaknesses in the Wikipedia came from a Wikipedia article.

Personally, I have found Wikipedia to be a very useful resource. I always confirm the information I find there, and I cannot think of an instance where the information it provided was inaccurate. For example, I did a podcast for my students on the poetry of Wallace Stevens. I learned from Wikipedia that Stevens’ wife Elsie provided the likeness for “Mercury” on the Mercury Dime. But I had to confirm this fact from another source before I could use the fact in my podcast. This underscores the problem with Wikipedia as a research source; it cannot be completely trusted. But without Wikipedia I do not think I would have known the fact, let alone been able to confirm that fact. There is also a lesson in this that good scholarship does not take any fact at face value and a good scholar does her or his best to confirm facts from “reliable sources.” Nor are “reliable sources” without their problems. I read an article in the Los Angeles Times in the early 90’s about problems with public school textbooks. The article quoted from a history text that asserted McArthur dropped an atomic bomb on the Chinese during the Korean War as an example of how textbooks often contain inaccuracies.

The real strength of the wiki in the classroom, for me anyway, is as a platform for group work. With a wiki all students in a group can gain access to a common workspace. Access to the space can be limited to those in the group so that only members can contribute. The teacher can also watch over the process and monitor the work as it progresses and encourage groups to re-check their facts on information that appears to be dubious, which should guard against inaccuracies intruding too noticeably into the work. The wiki also enables groups to continue working on group assignments after the class has ended. In my school where computer lab space comes with a premium this can be a very helpful feature for those groups that fall behind on the assignment for one reason or another.

If the quick in wiki refers to the tool as a quick solution to a classroom problem and not just to a way of doing a complicated task quickly, and perhaps a bit too superficially, than it has great value. A tool that enables me to get to work quickly is a very useful tool. To me any classroom tool is only as effective as the person wielding it. The tool is not to blame for my lack of skill. Technology of any kind needs to be seen for what it is. Something that can make a difficult task easier when used effectively, but cannot compensate for lack of ability in the classroom. I think wiki to work is a good thing as long as it does not result in jumping to wiki conclusions.